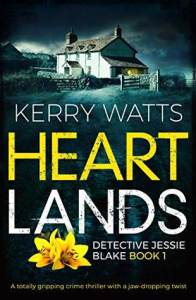 I’m pleased to be hosting a stop on the blog tour for Heartlands today. My review is written with thanks to Noelle at Bookouture for inviting me on the blog tour and for providing my copy of the book through Netgalley.

Call it mother’s intuition, but I knew she was dead the moment she was late home. As I listened to her phone ring and ring, that’s when I knew for sure. My little girl was gone.

Twenty years ago, Sophie Nicoll never came home from school. Days later her body was found in a shallow grave on a remote farm a few miles from her hometown. Two boys from her school were found guilty. The press called the boys evil. Sophie’s family wanted them dead. The judge promised they’d never walk free.

Two decades later and schoolgirl Shannon Ross has vanished from a small town in the Scottish Highlands.

It’s Detective Jessie Blake’s first big case since she joined Perthshire Police. Having recently arrived from London, Jessie lives in fear of people finding out about her past and her reasons for moving north.

When Shannon’s body is found in the river on the outskirts of Inverlochty, Jessie discovers she’s not the only one with something to hide. As the small community begins to crack under pressure, people begin to point fingers. And soon, the big secrets hidden within the small town are revealed – with devastating consequences.

This shocking crime thriller set in the dramatic Scottish Highlands will have you reading well into the night. If you like LJ Ross, Cara Hunter or Robert Bryndza, you will absolutely love this.

Heartlands is the first outing for Detective Inspector (DI) Jessie Blake. From the first few chapters, it is clear that she is going to be an interesting character with many different facets to her life, although I felt the novel does focus more on the case that Jessie is investigating and the way in which the revelations that come out of it affect the victim’s family and the people living in her village. These relationships are really well observed and i could really feel the pain that Shannon’s family and friends were experiencing.

The novel is set over two different timelines – the mid 1990s and the present day.  This worked well for me, although personally i was more interested in the first investigation. It is not immediately clear how the two plots are linked, but I was definitely intrigued and wanted to find out  more.

I must admit that it took me some time to get into Heartlands as the community is so tight knit and there are so many characters that it did take me a while to get to grips with who was who and how everyone was connected. However, the number of characters does mean that there are several suspects and I found it a very tense ride to get some answers.

The novel ends on a cliffhanger for Jessie so I shall wait with baited breath to see what happens next!

Heartlands is available from Amazon. 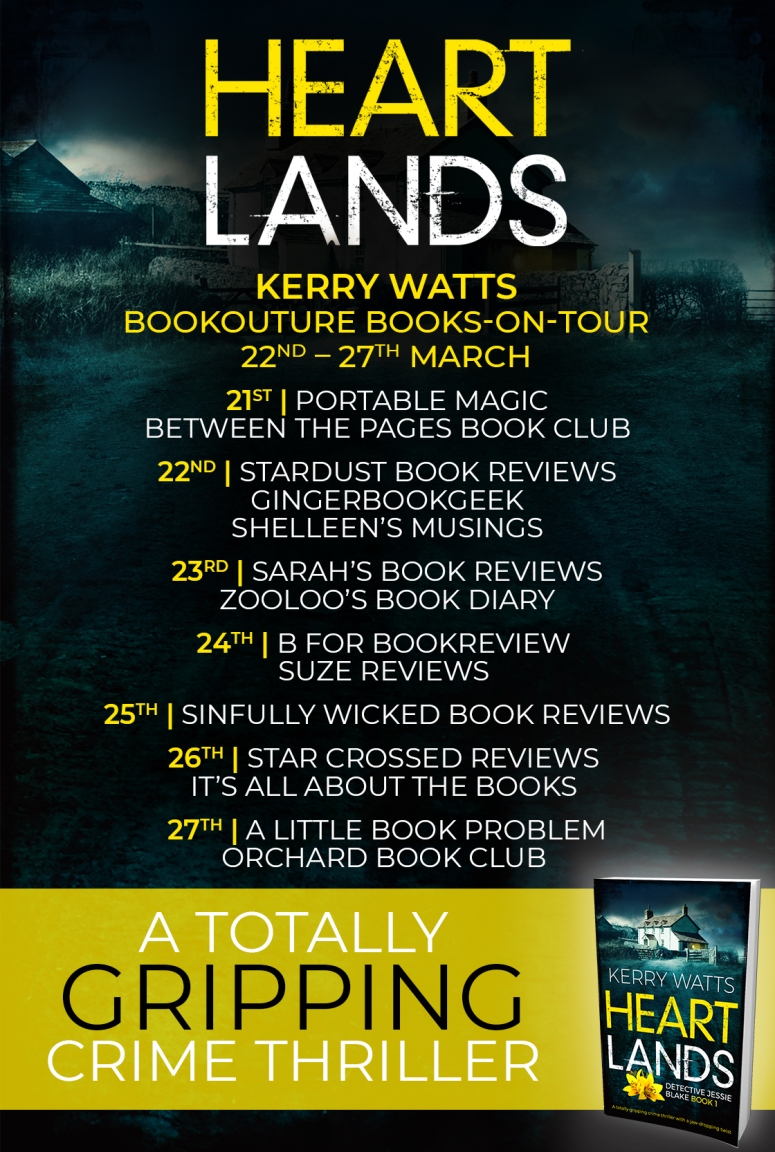