Today I’m delighted to be part of the blog tour for Break The Silence. My review is written with thanks to Noelle and Sarah at Bookouture for inviting me on the tour and for my copy of the book via Netgalley.

Her head throbbed as she stumbled up the stairs. Music vibrating and the sound of partygoers fill her head as she walks into one of the dark, empty rooms. As she sits on the bed, she hears the unmistakable sound of the door locking behind her. She is not alone.

The body of college student Chrissie Lowe lies curled into a ball – long red cuts along her arms suggesting how she had met her death. Detective Jenna Alton is called in to investigate.

Purplish bruising on Chrissie’s upper arms and thighs make Jenna believe there is more to Chrissie’s death than others suspected, and she soon finds herself following the trail of the student’s last few moments, leading her to the scene of a party that had ended just hours before Chrissie’s body was found.

When Jenna hears reports that Chrissie was seen going into the bedroom of a college football star, she knows that finding out what went on behind that closed door could be the key to finding out how Chrissie ended up dead. But then another partygoer dies in an apparent accident at the campus gym just hours later, and Jenna is convinced the deaths are connected.

Facing a wall of silence from the student population, Jenna has to act fast to find the killer, but soon another student is found dead on the campus. As Jenna sends in one of her deputies undercover, she prays that she hasn’t just sealed his fate. Can she find the killer before any more lives are taken?

I can’t believe we have reached Book 7 of this amazing series which just goes from strength to strength. It’s obvious from the previous books in the series that they’ve been through a lot together (and it is referenced in Break The Silence ) and I love the relationship they have with each other which is like family, and this also makes them feel like family to me.

Break The Silence is once again set in Black Rock Falls. Although the descriptions of the area are, as always, incredibly vivid and beautiful, this novel is slightly different to the others in that it is set in the busier college environment. This allowed Hood to build in several characters who quickly became suspects, allowing the reader the opportunity to guess what might have happened.

As Break The Silence nears its end, there is a lot more tension as the situation Alton and Kane find themselves in becomes more dangerous. But this is where these characters excel, always having each other’s back, and I was desperate to see how they would get out of this one!

The novel does focus on the issue of rape, and at times, this makes it difficult to read. The ending, particularly, is poignant, and whilst it is not what I would have expected, I do appreciate the author doing something a little different.

Break The Silence is available from Amazon. 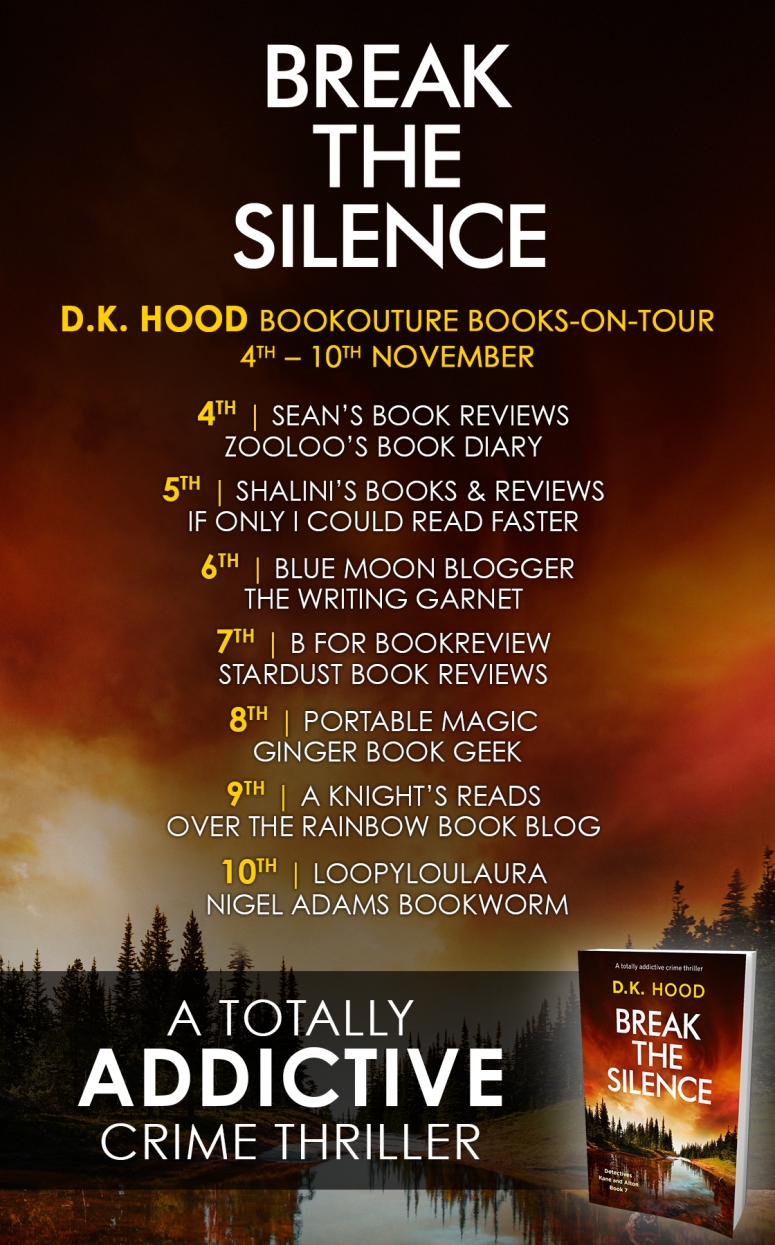