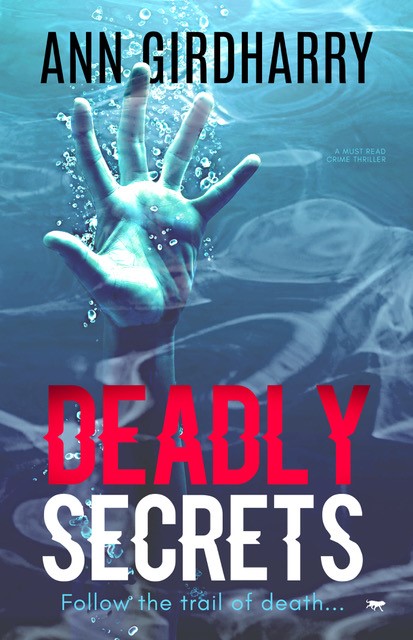 Today I’m delighted to be taking part in the blog tour for Deadly Secrets. My review is written with thanks to Rachel Gilbey at Rachel’s Random Resources for inviting me on the tour and for my copy of the book.

In an idyllic Sussex town, Mr Quinn whispers a secret on his death bed. Hours later the person who cared for Quinn is killed.

Mr Quinn’s secret sets off events unlike anything Detective Grant and Psychologist Ruby Silver have ever seen.

A series of deaths follow as a killer tries to cover their twenty-year trail of murder by drowning.

Grant, Silver and the team must track a killer who has been getting away with murder for years. But when treachery, corruption and secrets from the past are used against Sergeant Tom Delaney, the killer turns their attention to one of Grant’s own…

Detective David Grant and Psychologist Ruby Silver are back in this unmissable new crime thriller. It can be read as the sequel to Deadly Motives or as a brilliant stand-alone. It’s the perfect read for fans of authors like Angela Marsons, Robert Bryndza and Helen H. Durrant.

Having enjoyed the first book in this series, I was glad to be back with Detective Chief Inspector David Grant and criminal psychologist Ruby Silver. Ruby’s inclusion gives an angle to the investigation that isn’t present in many other novels in this genre. I appreciated the chance to get to know the police team better, especially Tom Delaney, as we gain insight into his history.

All of the characters, including the victims and suspects, are very well developed and I loved the opportunity to see what made each one tick. There are some chapters written from the perspective of the killer and this really helped me to get inside their mind. I love police procedurals that allow the reader to piece the puzzle together and make predictions, and Girdharry sets the novel up brilliantly for us to do this.

As the investigation gathers pace, you can cut the tension in Deadly Secrets with a very sharp knife! There are many twists and turns along the way, even before the killer is revealed, and I was kept on my toes the whole way through!

Deadly Secrets is available from Amazon. 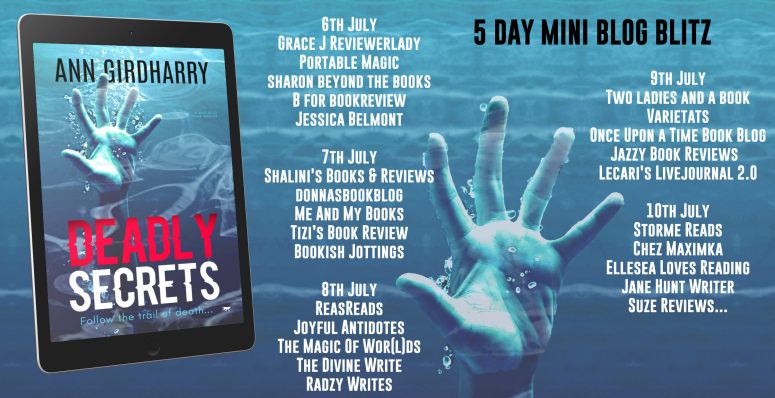