I’m delighted to be sharing my review as part of the blog tour for Murder Ahoy! It is written with thanks to Rachel Gilbey at Rachel’s Random Resources for inviting me on the tour and for my copy of the book.

Famous crime writer Bella Tyson is hired to co-host a Murder Mystery cruise, on a luxury liner sailing from Southampton to New York. She’s expecting an easy ride; fun and games, surrounded by amateur sleuths and fans of her books, all the while staying in a deluxe cabin and enjoying the spa and the amazing restaurants on board, culminating in a visit to one of her favourite cities in the world – the Big Apple.

She’s NOT expecting to be stuck on a boat in the middle of the Atlantic with her two least favourite people in the world, her hot but unfaithful bastard ex-husband Joel Quigley and fellow crime writer, bitch goddess and Twitter frenemy, Louise Meyers. And when real live dead bodies start turning up – as well as fake not-really-dead bodies – Bella’s dreams of being pampered on the high seas turn sour.

Accused of a murder she would have liked to commit but didn’t, and helped (or hindered) by a gang of unlikely detectives, can Bella find out who the real murderer is before the ship reaches its destination and New York’s finest drag her off?

I really enjoyed Dead In Venice and I was delighted to learn that I would be reunited with Bella Tyson and her husband, Will, in Murder Ahoy! Bella is our narrator and she’s absolutely hilarious. Her one liners are second to none (“She was as smashed as a plate at a Greek wedding” was a particular favourite) and her down to earth nature and her insecurities make her really easy to relate to. I was devastated when she was accused of murder and I really hoped she would be able to clear her name.

Fiona Leitch mixes crime and comedy brilliantly and Murder Ahoy! is a merging of genres that works really well. As well as laughing out loud at the humorous parts, I really enjoyed following the twists and red herrings to try and work out who the murderer was. There are lots of characters on board the cruise, who all have different stories and mannerisms, and each one came under suspicion at some point.

As the novel reaches the end, the tension builds immensely and I was eager to see how the situation would be resolved.

Murder Ahoy! is available from Amazon. 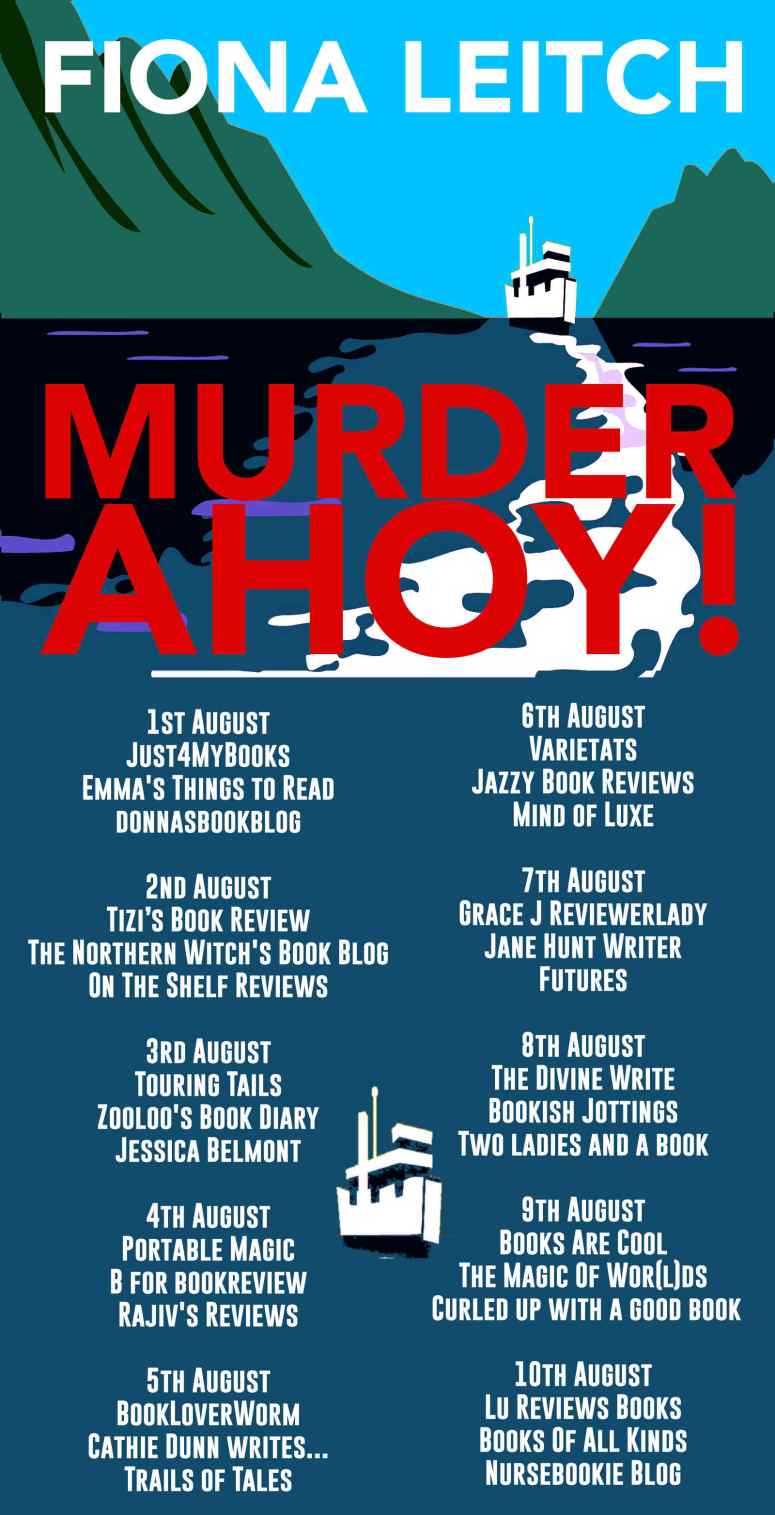