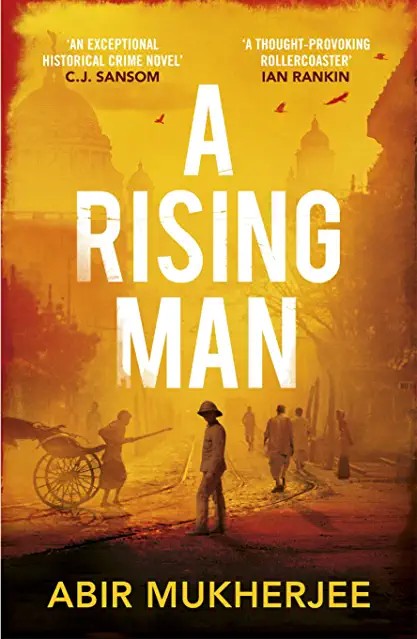 India, 1919. Desperate for a fresh start, Captain Sam Wyndham arrives to take up an important post in Calcutta’s police force.

He is soon called to the scene of a horrifying murder. The victim was a senior official, and a note left in his mouth warns the British to leave India – or else.

With the stability of the Empire under threat, Wyndham and Sergeant ‘Surrender-not’ Banerjee must solve the case quickly. But there are some who will do anything to stop them…

I’ve been meaning to read this book for a long time now and it was definitely worth the wait! I really enjoyed Mukherjee’s style: it’s easy to read yet descriptive and with a little gentle humour, and I became immersed in life in India in 1919, an area of history I didn’t previously know much about.

The protagonist is Sam Wyndham, who is British, but has moved to India for his position in the police force. Despite his demons and colourful background, I found it quite easy to warm to his character and the first person narration helped me to gain some insight into why he behaves in the way that he does. I am looking forward to seeing how his character develops as the series continues.

I touched upon the fact that I am not particularly familiar with early twentieth century Indian history. Mukherjee has researched this incredibly well and I was interested to see how the corruption, politics and racism affected Wyndham’s investigation. I’m not sure why, but some of the attitudes and behaviour of the time shocked me and I was fascinated to learn more.

A Rising Man is a novel with many layers and this means the plot did take a different direction to that which I expected. There is a lot of tension, particularly towards the end, which kept me keen to find out how the investigation would be resolved.

A Rising Man is available from Amazon.