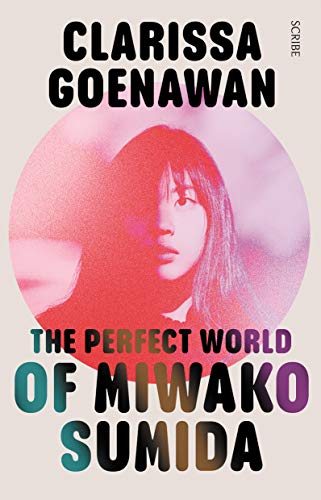 This review is written with thanks to Pigeonhole for the opportunity to read and review The Perfect World Of Miwako Sumida.

University sophomore Miwako Sumida has hanged herself, leaving those closest to her reeling. In the months before her suicide, she was hiding away in a remote mountainside village, but what, or whom, was she running from? To Ryusei, a fellow student at Waseda; Chie, Miwako’s best friend; and Fumi, Ryusei’s older sister, Miwako was more than the blunt, no-nonsense person she projected to the world. Heartbroken, Ryusei begs Chie to take him to the village where Miwako spent her final days. While he is away, Fumi receives an unexpected guest at their shared apartment in Tokyo, distracting her from her fear that Miwako’s death may ruin what is left of her brother’s life. Expanding on the beautifully crafted world of Rainbirds, Clarissa Goenawan gradually pierces through a young woman’s careful facade, unmasking her most painful secrets.

The Perfect World Of Miwako Sumida is probably not the type of book I would usually read, but I was intrigued enough by the blurb to try it, and I’m really glad I did. The writing style is simple, yet incredibly poetic and emotive – something which I understand is a feature of Japanese fiction – and I was drawn into this world straight away.

The characters in The Perfect World Of Miwako Sumida can sometimes come across as distant especially in the beginning; however, as the novel continued, I became invested in them and wanted to understand how their experiences in childhood had shaped the way they acted as young adults.

Throughout the novel, Goenawan introduces the reader to a number of themes. Although the exploration of these themes means The Perfect World Of Miwako Sumida can be quite dark at times, I do feel that they are important issues which are approached very differently to how I have read about them before, and this increases their emotional impact.

There are a few twists towards the end of The Perfect World Of Miwako Sumida. I wasn’t expecting these and they give the novel an extra dimension. This novel will stay with me for a long time in the future.

The Perfect World Of Miwako Sumida is available from Amazon.