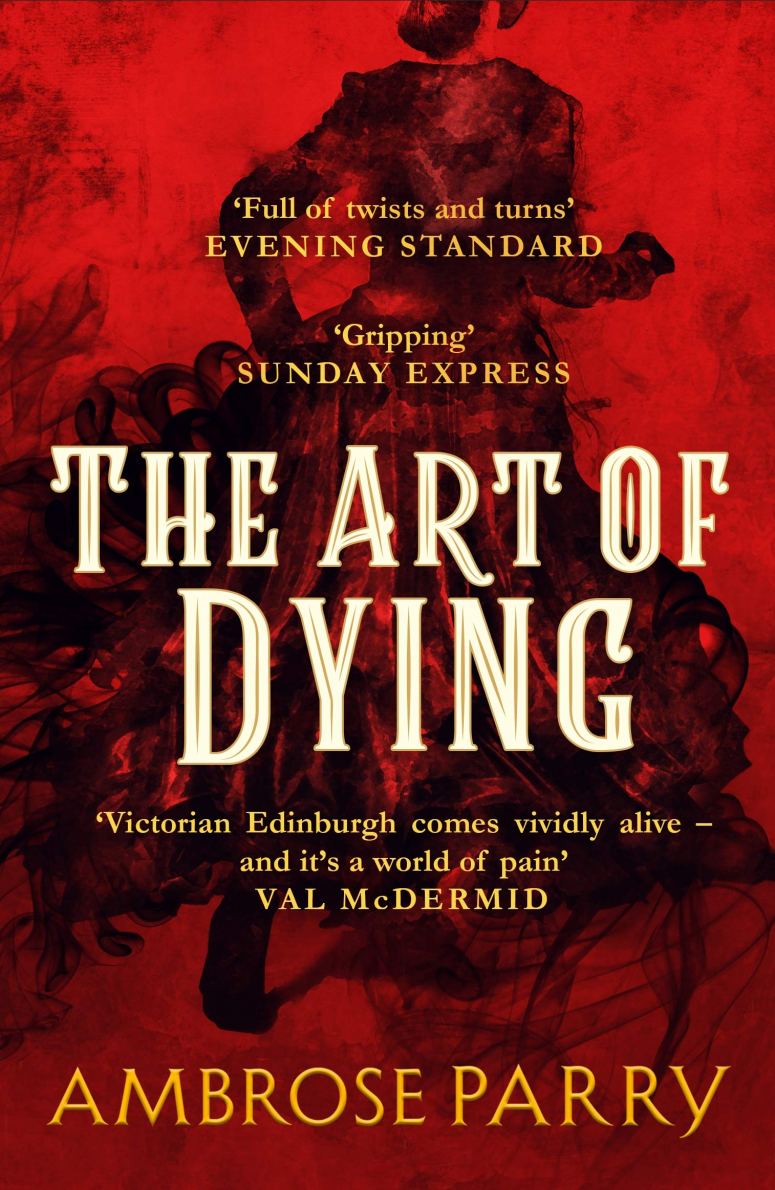 Today I’m delighted to be taking part in the blog tour for The Art Of Dying. I’m sharing an extract with thanks to Anne Cater for inviting me on the tour and to the publisher for providing the extract.

There’s a fine line between kill and cure.Edinburgh, 1849. Despite Edinburgh being at the forefront of modern medicine, hordes of patients are dying all across the city, with doctors finding their remedies powerless. But it is not just the deaths that dismay the esteemed Dr James Simpson. A whispering campaign seeks to blame him for the death of a patient in suspicious circumstances.Simpson’s protégé Will Raven and former housemaid Sarah Fisher are determined to clear their patron’s name. But with Raven battling against the dark side of his own nature, and Sarah endeavouring to expand her own medical knowledge beyond what society deems acceptable for a woman, the pair struggle to understand the cause of the deaths.Will and Sarah must unite and plunge into Edinburgh’s deadliest streets to clear Simpson’s name. But soon they discover that the true cause of these deaths has evaded suspicion purely because it is so unthinkable.

He could feel warm blood upon his face. He could see blood upon steel, upon cloth, upon the walls and upon the ground. But what mattered was that blood still pumped beneath his breast.

Will Raven caught his breath and steadied himself. He heard footsteps slapping the flagstones as his assailants disappeared into the darkness of the winding passage, the sound slightly muffled by the shot still ringing in his ears. There were sweet smells on the breeze, a bakery preparing its pastries for the morning’s sale. Such warmth in the night air had seduced him into dropping his guard. He would not have walked so freely under darkness in Edinburgh, where even on the most drunken night he remained soberly alert to what might lie around every corner. Here in Prussia that vigilance had become distracted by how different the place felt.

They had been attacked as they walked down Konigstrasse, a broad avenue leading from the expanse of Alexanderplatz across the Spree to the Konigliche Schloss. A castle in the centre of the city was at once a reminder of where he had come from and a stark illustration of his distance from it. With its striking green cupola and rigid geometry, it was hard to imagine a more vivid contrast to the grim barracks atop the old volcano at the end of the High Street back home. But even here, the widest avenues were still transected by dark and narrow passageways, and it appeared that what lurked there was the same the world over.

Three masked men had set upon them, emerging from the shadows where they had lain in wait. One of them demanded money. His German had been strangely accented but the instruc- tion was clear enough. However, one of his comrades had evidently decided it would be easier to raid the pockets of the dead. A pistol was drawn and everything thereafter was a blur.

Fate had turned upon a single stroke of a knife. Few surgeons could boast of such an outcome. This thought passed in a fleeting moment of relief before he was overtaken by a terrifying new fear: that there would be yet a greater price to pay for cheating his destiny.

The Art Of Dying is available from Amazon.

One thought on “Ambrose Parry: The Art Of Dying”