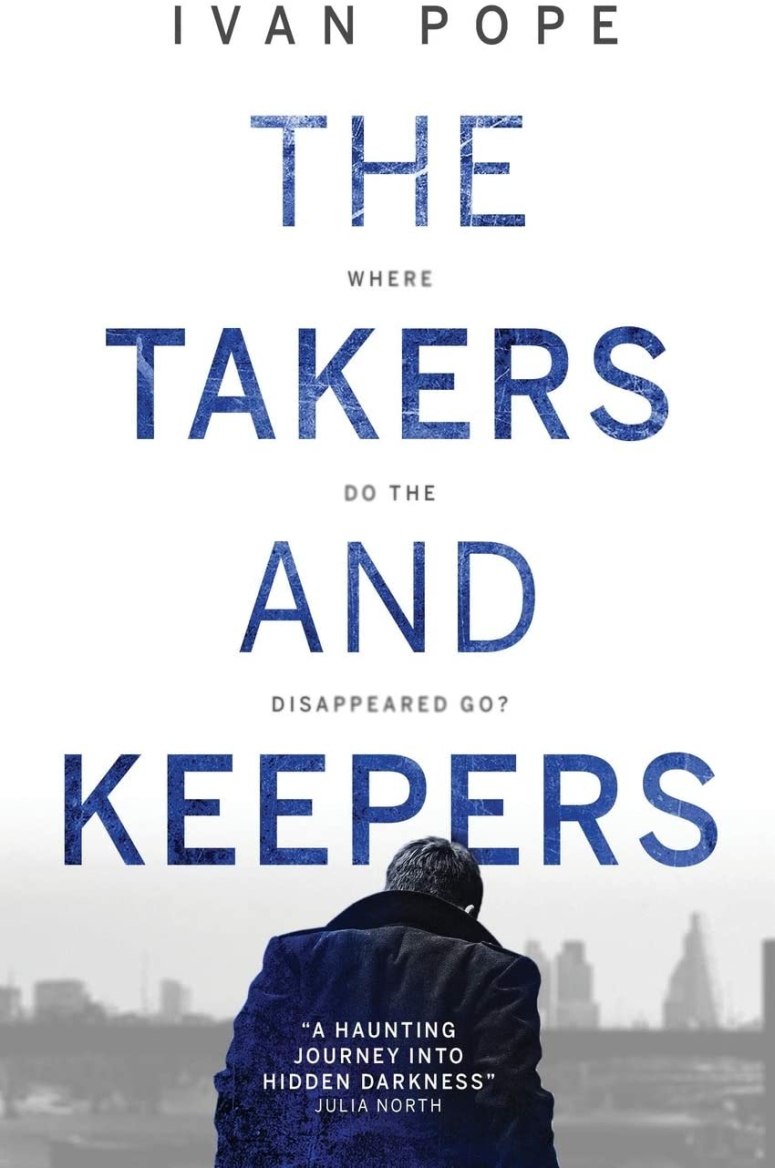 Today I’m pleased to be taking part in the blog tour for The Takers And Keepers. My review is written with thanks to Anne Cater for inviting me on the tour and to the publisher for my copy of the book.

Where do the disappeared go? The girls and women who vanish, seldom to resurface. Allen Kimbo, a freelance reporter, believes there is a network of men who guard their “taken” and keep the silence that surrounds such deeds. An email lures him to Eastern Europe, to a meeting of the Takers and Keepers. His girlfriend, Emily, pleads with him not to go. In Belgrade more is revealed than he had thought possible. Back at home, Emily is missing.

I’ve read a few books recently that deal with similar subjects to The Takers And Keepers, and it is a very relevant topic that should be highlighted. I appreciated that this author looked at the issue from a slightly different angle, giving the reader an insight into it from multiple perspectives. Pope takes us to some very dark places and this means it’s not always easy to read but it did emphasise the gravity of the situation for me and allow me to think about things I had not previously considered.

The different perspectives mean that although The Takers And Keepers is relatively short, the reader is still able to see what makes each character tick and how they feel at different points in the story. This gives the book a strong emotional impact as it allowed me to react in different ways as the plot progressed.

From the beginning, I was intrigued to see how The Takers And Keepers would end. As we reach the end of the book, the characters are placed in some dangerous and tense situations and I wondered how these would be resolved.

The Takers And Keepers is available from Amazon.

One thought on “Ivan Pope: The Takers And Keepers”