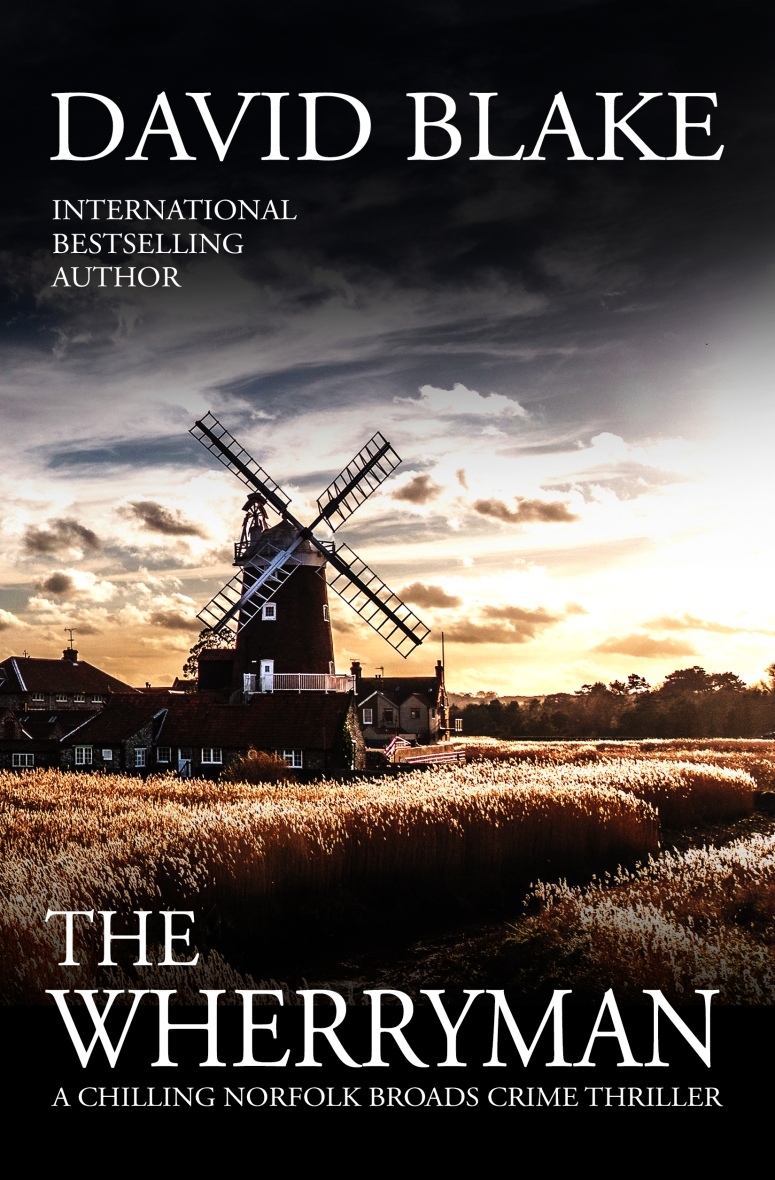 Today I’m pleased to be taking part in the blog tour for The Wherryman. My review is written with thanks to Rachel Gilbey at Rachel’s Random Resources for inviting me on the tour and to the publisher for my copy of the book.

Four missing children, three murdered men, and the helm of a boat with a blood-red sail, hiding a secret only he can tell.

Returning to the Broads after nearly two years at sea, John Tanner moors up next to a boat to find the body of a man whose five-year-old daughter is nowhere to be seen.

As a torrent of unwanted memories begins flooding through his mind, an attractive Broads Ranger arrives at the scene with a disturbing tale; one of children being taken by a ghostly figure, standing at the helm of an old wooden boat.

Set within the mysterious beauty of the Norfolk Broads, this fast-paced British detective series is a dark cozy murder mystery with a slice of humour and a touch of romance which will have you guessing until the very end, when the last shocking twist is finally revealed.

The Wherryman is a totally addictive gripping crime thriller, the sixth in a chilling series of serial killer books, ones which will rapidly convert followers of L J Ross, Faith Martin, Joy Ellis, Damien Boyd and J M Dalgliesh into David Blake devotees.

After reading Horsey Mere last week, I was still in a state of shock and upset when I started reading The Wherryman and was wondering where Blake could possibly go next. The Wherryman picks up almost two years after we last caught up with these characters, which means that by the time Tanner returns to work, some of the characters, including Tanner himself, have changed in appearance, been promoted or are working in a new job role. This gives a new dynamic to the team and I was interested to see how this would play out on the pages. I wasn’t disappointed: there is plenty of office politics for the reader to get their teeth into.

Set in the Norfolk Broads, The Wherryman has a very distinctive sense of place. I haven’t read many police procedural novels where the detectives visit their suspects by boat! The locations are clearly described and this makes the novel really atmospheric and this gives us a better understanding of what is happening.

In the early stages of the investigation, it is described as an “open and shut case” and it does appear to be that way; however, that wouldn’t make much of a book, so thankfully, there are plenty of twists and revelations along the way. There is also some danger as we reach the end – the dogs in particular terrified me!

The ending of The Wherryman leaves the series open for Blake to take it in a number of possible directions and I am looking forward to seeing which one he chooses.

The Wherryman is available from Amazon. 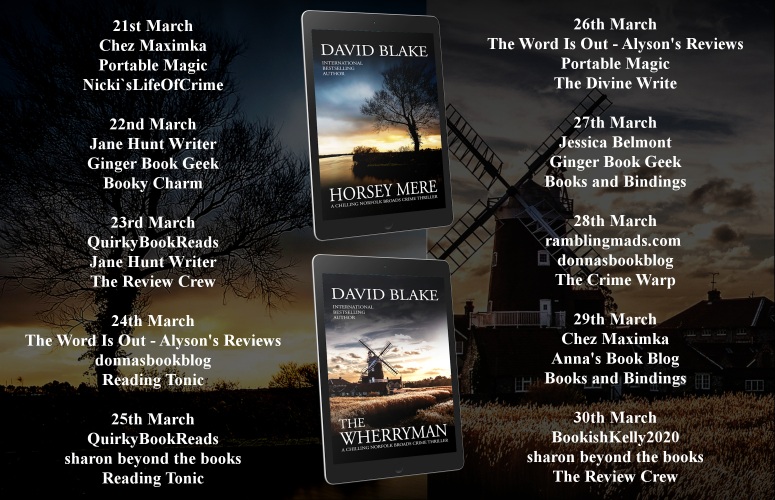