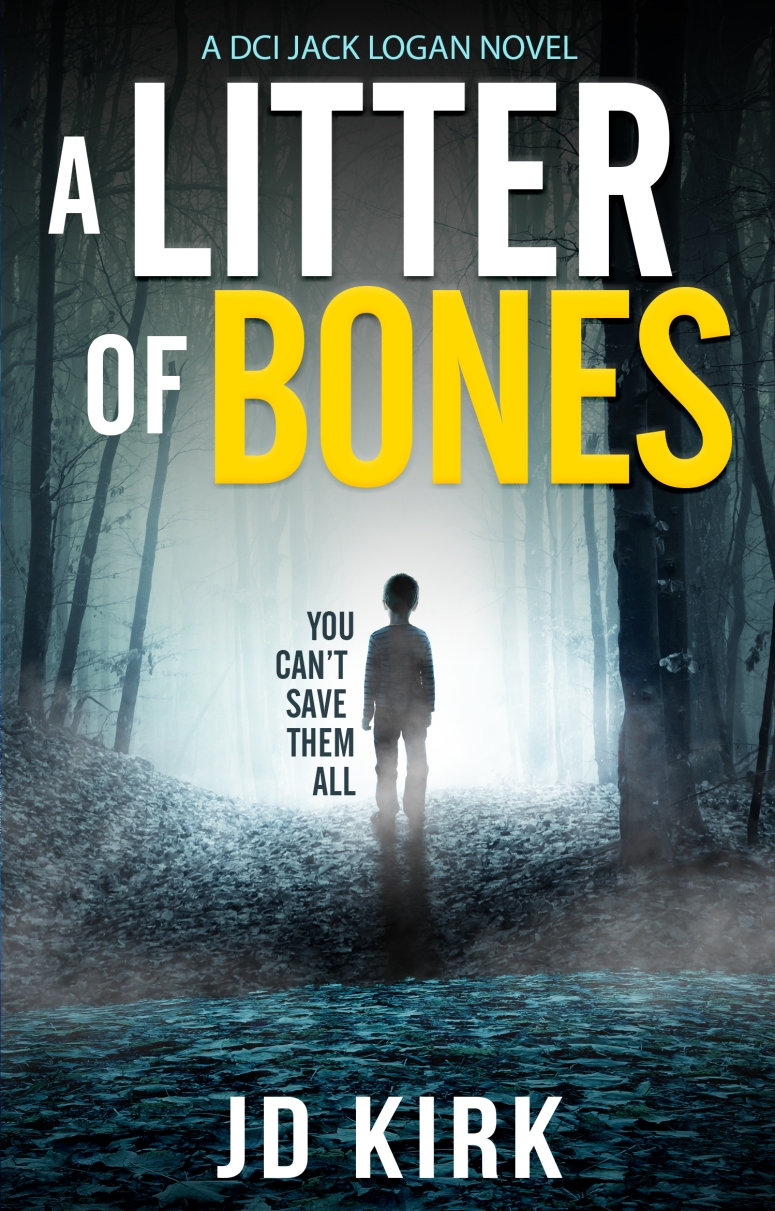 Today I’m pleased to be sharing my review of A Litter Of Bones to close the blog tour.  My review is written with thanks to Sarah Hardy at Book On The Bright Side for inviting me on the tour and arranging for me to receive a copy of the book.

Was the biggest case of his career the worst mistake he ever made?

Ten years ago, DCI Jack Logan stopped the serial child-killer dubbed ‘Mister Whisper,’ earning himself a commendation, a drinking problem, and a broken marriage in the process.

Now, he spends his days working in Glasgow’s Major Incident Team, and his nights reliving the horrors of what he saw.

And what he did.

When another child disappears a hundred miles north in the Highlands, Jack is sent to lead the investigation and bring the boy home.

But as similarities between the two cases grow, could it be that Jack caught the wrong man all those years ago?

And, if so, is the real Mister Whisper about to claim his fourth victim?

A Litter of Bones is the explosive debut crime thriller novel from JD Kirk, an exciting new voice in Scottish crime fiction.

A Litter Of Bones is a police procedural novel that’s a little bit different and I found it very enjoyable. Firstly, it’s set in a remote part of Scotland, which means that the resources that many detectives we know and love take for granted often aren’t available or take longer to arrive. As Detective Chief Inspector Jack Logan is working in a race against time, this increases the tension, which is often already.at boiling point. The isolated location also creates an oppressive atmosphere that lingers throughout the novel and meant I couldn’t let go.

I like maverick detectives, and DCI Logan is certainly one of those. He seems haunted by his past mistakes and I look forward to learning more about him in the sequel. He also works well with his team and the humour between them gave the reader a few lighter moments which aren’t often found in books with such a dark subject matter.

A Litter Of Bones is a very fast paced novel that’s full of tension. At times it felt slightly too fast, in that some parts of the mystery were solved before I had chance to get my head around them, but nevertheless I was totally gripped.

A Litter Of Bones is available from Amazon.

2 thoughts on “JD Kirk: A Litter Of Bones”