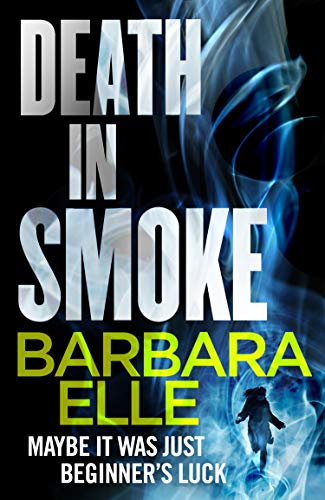 Today I’m pleased to be joining in with the cover reveal for Death In Smoke. What a fabulously intriguing cover! My post is written with thanks to Kelly Lacey at Love Books Group for inviting me on the cover reveal.

She stumbled on a bloodied body buried in a snowbank. Will a cold case in Kansas lead her to the killer?

Against a canvas of crime and murder, artist and detective Leila Goodfriend investigates two brutal murders that happened a thousand miles—and decades apart.

As she unravels the truth about these two violent killings, she tracks a trail of blood and revenge, littered with smoke screens and stone relics of a perilous past. From Cape Cod to a casino in Kansas, Leila has to trust her instincts. And her developing relationship with Detective John Grace is put to a new, dangerous test.

Despite the detective’s warnings, Leila puts her life at risk, obsessed with proving her friend’s innocence, at least of murder.

She exposes new suspects and clues, and in the end, reveals a dark, deadly secret from her own past.

Death In Smoke, the new psychological thriller from acclaimed author Barbara Elle, takes readers on an inner and physical journey across time, challenging your assumptions about what is truth—what remains a mystery.

Barbara Elle fell in love with books and writing at a young age, honing her writing chops as a copywriter at major publishers publishers and as a freelance journalist.

Growing up in Boston, but she became a New Yorker as an adult. Her writing draws on people and places she remembers, setting The Cape Mysteries on Cape Cod, a place of memories.

Barbara Elle continues collecting characters and plots, often traveling the world with her touring musician husband, bass player and musical director for rock and roll icon Cyndi Lauper. In her travels, Barbara has explored Buddhist temples in Beijing, crypts in Vienna and Kabuki Theater in Tokyo.

Death In Smoke is available from Amazon.