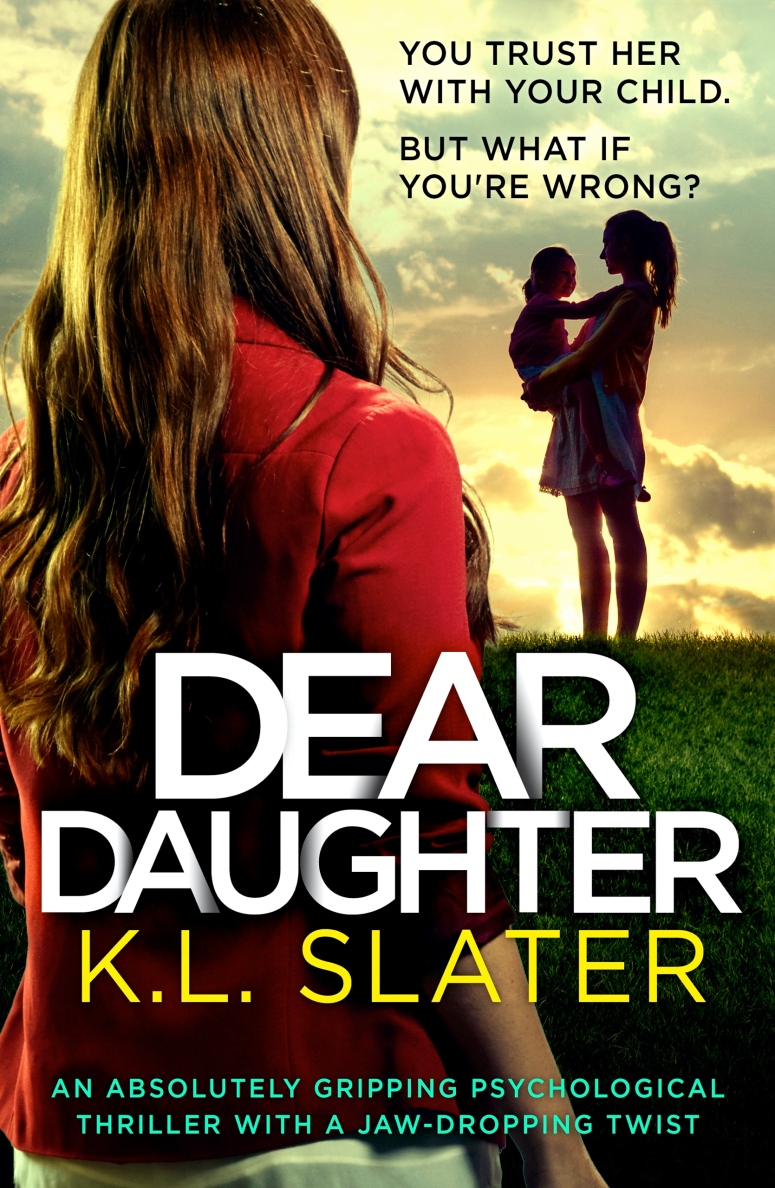 I’m delighted to be taking part in the cover reveal for Dear Daughter and what a brilliant cover it is! My post is written with thanks to Sarah Hardy and the team at Bookouture for inviting me to join in.

Your sister lives in your home. You trust her with your baby.
But what if you’ve got it wrong?

Alexa has always adored her big sister Carrie. So when Carrie is suspended from her job as a senior nurse, accused of the most terrible crime, Alexa refuses to believe she is guilty. She won’t desert her sister in her hour of need, and offers her somewhere to stay. And when Alexa sees her one-year-old daughter Florence gurgling and cooing whenever Carrie is around, she knows she’s made the right decision.

Alexa’s husband Perry doesn’t trust Carrie. He wants her out of the house, unable to ignore what people are saying about her. But when he suggests that Carrie could be a danger to their daughter, Alexa shuts him out. Nobody will ever come between her and her sister.

But while Alexa trusts her sister completely, she can’t stop thinking about the awful thing that happened in the past. She tries to suppress her worries, but when Florence goes missing, she realises that the secret that has kept the sisters together might just destroy her little girl…

A completely gripping rollercoaster of a read about the darkness families hide behind closed doors. Fans of Gone Girl and The Girl on the Train will be hooked on Dear Daughter.

For many years, Kim sent her work out to literary agents and collected an impressive stack of rejection slips. At the age of 40 she went back to Nottingham Trent University and now has an MA in Creative Writing.

Before graduating in 2012, she gained literary agent representation and a book deal. As Kim says, ‘it was a fairytale … at the end of a very long road!’

Kim is a full-time writer. She has one daughter, two stepsons and lives with her husband in Nottingham.

If you are intrigued like me, you can pre-order Dear Daughter from Amazon, ready for publication day on 22nd October.