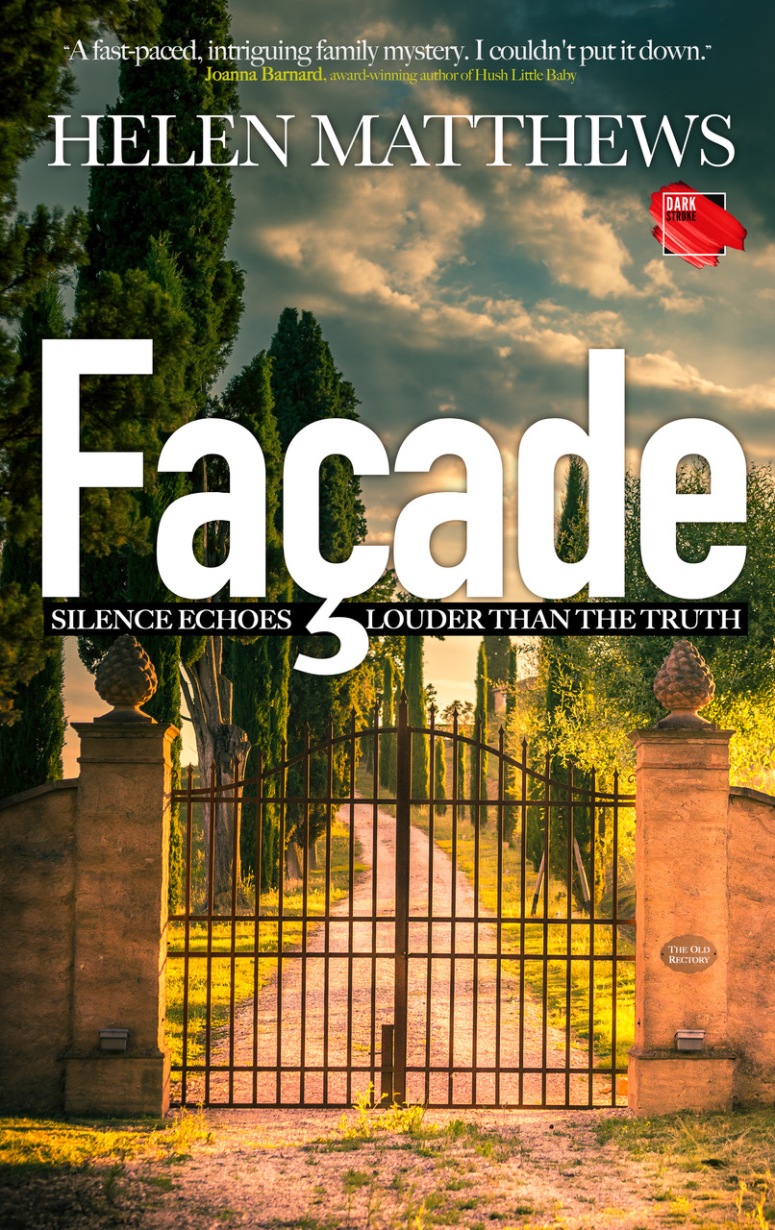 Today I’m pleased to be sharing my review of Façade as part of the blog tour. My review is written with thanks to Rachel Gilbey at Rachel’s Random Resources for inviting me on the tour and for my copy of the book via the publisher.

When seventeen-year-old Rachel’s baby brother drowns and her older sister, Imogen, escapes to live abroad with Simon, her musician boyfriend, Rachel must face the family’s grief and disintegration alone.

Twenty years later, Rachel is a successful businesswoman, with a daughter of her own, supporting her parents and their elegant Georgian home, The Old Rectory, that shackles them to the past.

Simon’s sudden death in Ibiza brings Imogen back, impoverished and resentful. Her family owes her, and she will stop at nothing to reclaim what she believes is rightly hers.

The rift between the sisters seems permanent. While Imogen has lived a nomadic life, filled with intrigue, in Spain and Tunisia, Rachel’s has appeared stable and successful but, behind the veneer, cracks are appearing. Now, she is vulnerable.

As the wall of silence and secrecy crumbles, danger stalks Rachel’s family. She must re-examine her baby brother’s death, find out what happened in Tunisia, and fight to hold onto everything she’s achieved –or risk losing it all.

Façade is a gripping tale of loss, guilt and danger.

Façade is a well plotted psychological thriller which has an underlying sense of tension all the way through. From the beginning, I had several questions and I was compelled to keep reading until the answers were revealed. It builds slowly, and there are lots of layers to peel back, but this keeps the tension bubbling as Matthews builds the background for the story to reach its climax.

The characters in Façade are all incredibly flawed and I can’t say that I particularly liked any of them, but they are all intriguing and I did want to know what made them tick and why they behaved in the way they did. The chapters are narrated by Rachel and Imogen and this gives the reader the opportunity to see how they feel about each other and how they respond to events as they happen.

Matthews explores several themes in Façade, and it was interesting to see how issues such as dementia, grief and infidelity affected the family dynamic.

Façade is available from Amazon.